Aubrey Melrose was "one of the most charming and cheery souls who ever rode in a T.T." So wrote his gaffer, Graham Walker, in his 'Seen from the Saddle' series published in Motor Cycling. Melrose is mentioned in Bob Champ's book 'The Sunbeam Motorcycle' and a photograph shows him in Australia astride his Longstroke Sunbeam. The same photograph appeared in The Motor Cycle of March 17th, 1927 with the caption;-

"A VISITOR FROM OVERSEAS. A.G. Melrose, of the Western
Australian M.C. Association, who has journeyed to England to see
the T.T. and to ride in it if possible. His mount is a Sunbeam." 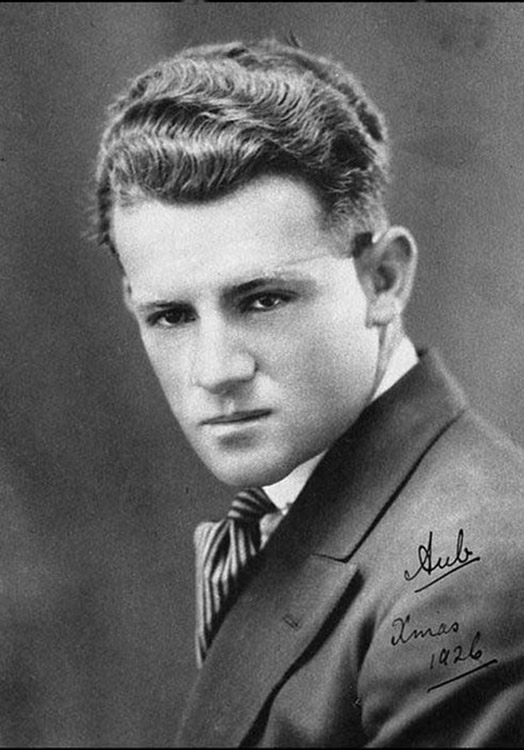 This set me wondering as to how a chap could come half way round the world in the hope
of riding in the most prestigious international races of the time? Surely he must have had a sponsor, or at least an introduction to Sunbeamland, in order to secure a 'works' ride in the Junior T.T. I have no answer to that question but have found on the website of The Vintage Motor Cycle Club of Western Australia; (http://www.vmccwa.com) a transcript of a letter by Melrose written immediately after the 1927 T.T. races; it does not say to whom it was sent, but it seems to imply that it may have been to the Captain or President of a motor cycle club, which may have assisted in some way with the expedition. The letter refers to other Australian competitors, and vividly recounts his experience of learning the course, the official practice periods, and the 350cc race. (it is a good read - and if you don't have access to the Internet, get a friend to print a copy for you!).

A search through the pages of 'Motor Cycling' magazine revealed that even before his ride in the Junior T.T., Melrose had ridden in the A.C.U. Stock Machine Trial. This was a six day event for standard machines, held in the first week of May, starting in Birmingham, and continuing throughout the week on routes radiating out of Buxton, Derbyshire. The machines were entered by the manufacturers, but the organising body selected models from agents' and makers' stocks, sealing and storing the selected machines until the day before the trial, when riders were allowed an hour to make whatever adjustments they deemed to be necessary. The Sunbeam riders were Graham Walker and Aub. Melrose on 492cc Longstrokes, and W. Clarke on a 493cc model. These riders lost no marks and all gained gold awards (as did the A.J.S., B.S.A. and Triumph teams). The full report on the trial indicates that Melrose was a relaxed and rapid rider, with repeated references to fast climbs on observed sections, but variously described as 'very neat' and 'rounding the bend in one big skid, finally roaring away up the remainder of the hill'. He certainly seems to have attracted attention!

The Sunbeam 'works' team for the 1927 T.T. Races comprised Graham Walker, Charlie Dodson and Tommy Spann in both Junior and Senior events. Melrose was also entered for the Junior race by John Marston Ltd. It seems quite remarkable that Melrose was able to learn the course so effectively that on three occasions during the Junior practice periods he was amongst the six fastest. He admitted (in his Impressions of the T.T. Races, published in Motor Cycling July 13, 1927) to adopting 'skid-cornering' on the faster bends, and thereby wearing away his exhaust pipes; and it was perhaps this dirt-track riding style which made him 'a very popular rider with the crowd …. welcomed with cheers at all the vantage points'! During the race Melrose lapped consistently at about 62mph, until at the end of the fifth lap he was told to speed up. In responding to the instruction he fell at Braddan Bridge; damage to the machine, led to the clutch flying apart in Kirkmichael, and having re-assembled it, he achieved drive, but no release! Proceeding, but using top gear only, he arrived at Sulby Bridge too fast and took another tumble ….. the result of which was that his sixth lap took a full thirty minutes longer than his previous laps. Undaunted he continued to complete the seven lap race, finishing '19th at around 55mph', with a time of 4hrs 46m 54secs. His claim that, but for the instruction to speed up, he could have finished 4th or 5th seems perfectly reasonable!

At the end of July, Melrose (as anticipated in his letter) did indeed compete in the Scottish Six Days Trials, 'representing Australia'. He rode the side-valve Sunbeam which he had used in the Stock Machine Trial, to which he had added a crankcase shield, whilst the back mudguard was adorned with a Kangaroo. 'The Motor Cycle' reported that the 'event was stiffer than ever' and that there were 'many retirements and marks lost before the trials were half over'. Again Melrose caught the eye of the reporter, and on Tornapress was reported as making 'one of the neatest of solo climbs….[he] came up fast without any of his usual hurried jabs with his feet': and becoming 'more sedate towards the end of the week, improving greatly' and he was rewarded with a gold medal.

The International Six Days Trial was held in mid-August in the Lake District, centred on Ambleside. The route was described as having short daily mileages of about 125 miles, but with a total of 217 severe hills to be negotiated. Five Sunbeams featured in the event, all in the up to 500cc class, including Aubrey Melrose, George Dance and Graham Walker, the last named being a member of the winning Trophy team. Melrose was again riding a Longstroke, and had fitted a pair of handlebars specially made for him; these featured a higher rise than was common at the time, giving a surprisingly 'modern' appearance. Melrose was reported as making the fastest climb of Honister Pass on the Tuesday, and was among the 77 riders who achieved a gold award. There had been 125 competitors at the start of the event of which 99 completed the course.

The Ulster Grand Prix was held at the beginning of September, run over 10 laps of the 20.5 mile Clady circuit. The course was considered to be in better condition than ever before, the
first event having been held in 1922. There were 75 entries, with four capacity classes, run concurrently. The Junior class for machines up to 350cc, had 32 entries, of which 30 started, but only 7 finished. The report in 'The Motor Cycle' attributed this high rate of attrition to -
"The gruelling pace, the long straights with sudden dips, which caused revs to mount unduly, and the hot day (which) was having a killing effect on engines …" and Melrose was amongst the retirements. His racing having finished, he produced a camera and started taking photographs of the luckier men! This event was the first major road race win for the Sunbeam rider C.J.P. Dodson who had led from start to finish, and won by seven minutes, at the record speed of 71.55mph.

As for Aubrey Melrose, his season of two major road races and three six day trials, netted him three gold medals, a T.T. finishers award, and one retirement. Not surprisingly, he anticipated returning to the United Kingdom the following year, hoping to ride in three T.T. races. This however was not to be, as a racing accident later in Australia, resulted in a severely damaged foot which restricted further motorcycle competition. He established a successful garage business, and began competing in car trials, and speed competitions, mostly in Austin Sevens. During the second World War, he served as a civilian instructor for army dispatch riders in Australia. Post-war, he raced M.G. and Austin Healey sports cars, and competed in a number of Round-Australia Trials. Approaching his sixtieth birthday in 1960, he was successfully campaigning a Porsche 1600 in the Australian Touring Car Championship. In the 1970's his health deteriorated and he died on 18 November 1978.
Further reading;